Canggu is very well known for surfing and a bit of kitesurfing too. But it is definitely most famous for its beaches and waves. The waves are so big that most of the time you aren’t even allowed to go in the sea at all! On our way back from the beach, I saw a motorbike with a surfboard on top of it. It was very clever because it gives you shade whilst you are riding, but the downside is that when it is windy it may be dangerous and blow off (maybe even cause an accident). Back at our villa, I did a sketch of what I saw. You may see on my drawing (and on the picture below) that the sand has a bit of black in it. That is because in parts of Bali, the sand is black because there are so many volcanoes. When the volcanoes erupt, some of the black volcanic rocks and lava roll from the slopes onto the land and into the ocean. 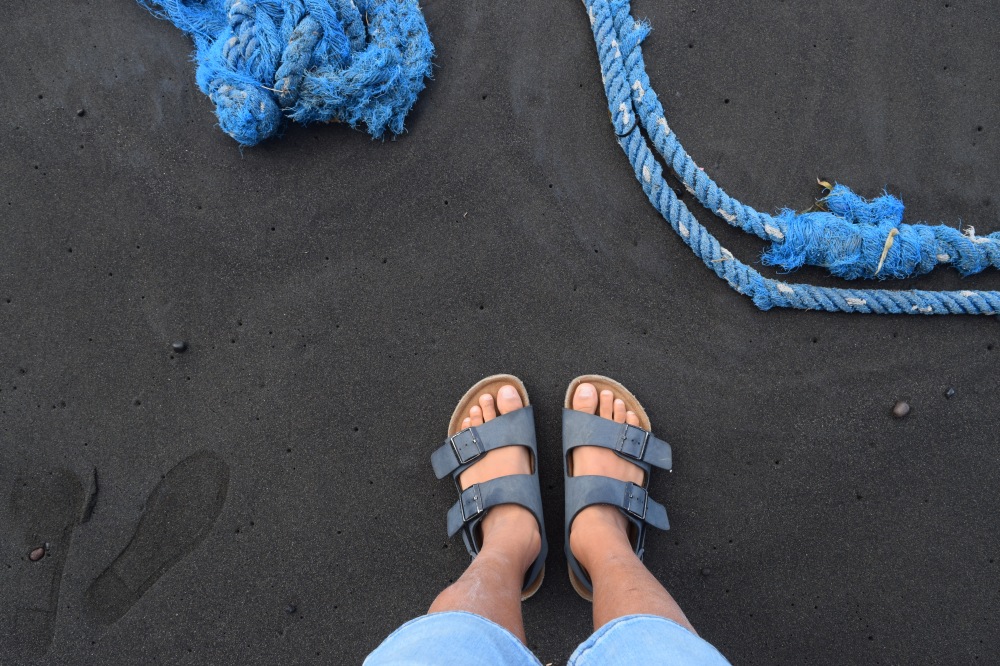 A few days later we went to a really cool surf /motorbike shop and restaurant called “Deus” where we looked around the shop. It had many surfboards and cool motorcycles, but what really caught my eye was a motorbike that also had a surfboard attached to it on the side. I saw that way of carrying surf boards a lot around Canggu. It was also a very clever and thoughtful technique of transporting a surfboard somewhere on a motorcycle. There were two hooks attached to the side of the motorbike that you would hook on the surfboard. If I had to choose between both techniques, I would choose the motorbike with the board attached to it on the side, as it would be more stable and there would be less chance of it blowing off by the wind.

I hope I learn to surf soon, and when I am a bit older maybe have a motorbike to carry my board around (even if my mum would be worried for the rest of her life) 🏄🏾🤘🏻🏍