Today my sister, mum and I went to a workshop to learn how to make Batik Art.

Batik is a technique found in various countries, including Indonesia, Malaysia, Singapore, India, Bangladesh, Sri Lanka, Philippines and Nigeria but the batik of Indonesia is the best known. By the nineteenth century, after the importation of more finely woven cloth from India and Europe, it became a highly accomplished art form in Java and Bali. Our teacher came from the Island of Java and taught us here, in Bali.

We were given a piece of cotton that was stretched and stapled into a wooden frame, a pencil and some books to give us ideas.

I decide to draw a traditional Balinese mask. I made a few mistakes along the way (the size and and face were too small) but finally got there in the end.

When my design was finished in pencil, I was told to cover the pencil lines in beeswax so that after when I paint my design, the wax acts like a barrier and stops the paint from spreading.

The wax was boiling in a metal pot above a gas camping stove.

It’s applied onto the fabric using a thick, pencil-like tool (I learnt later searching online that it is called a tjanting). It had a small copper reservoir attached to a wooden stick. At the tip of reservoir was a tiny tube that allowed the wax to flow through it and onto the cotton. 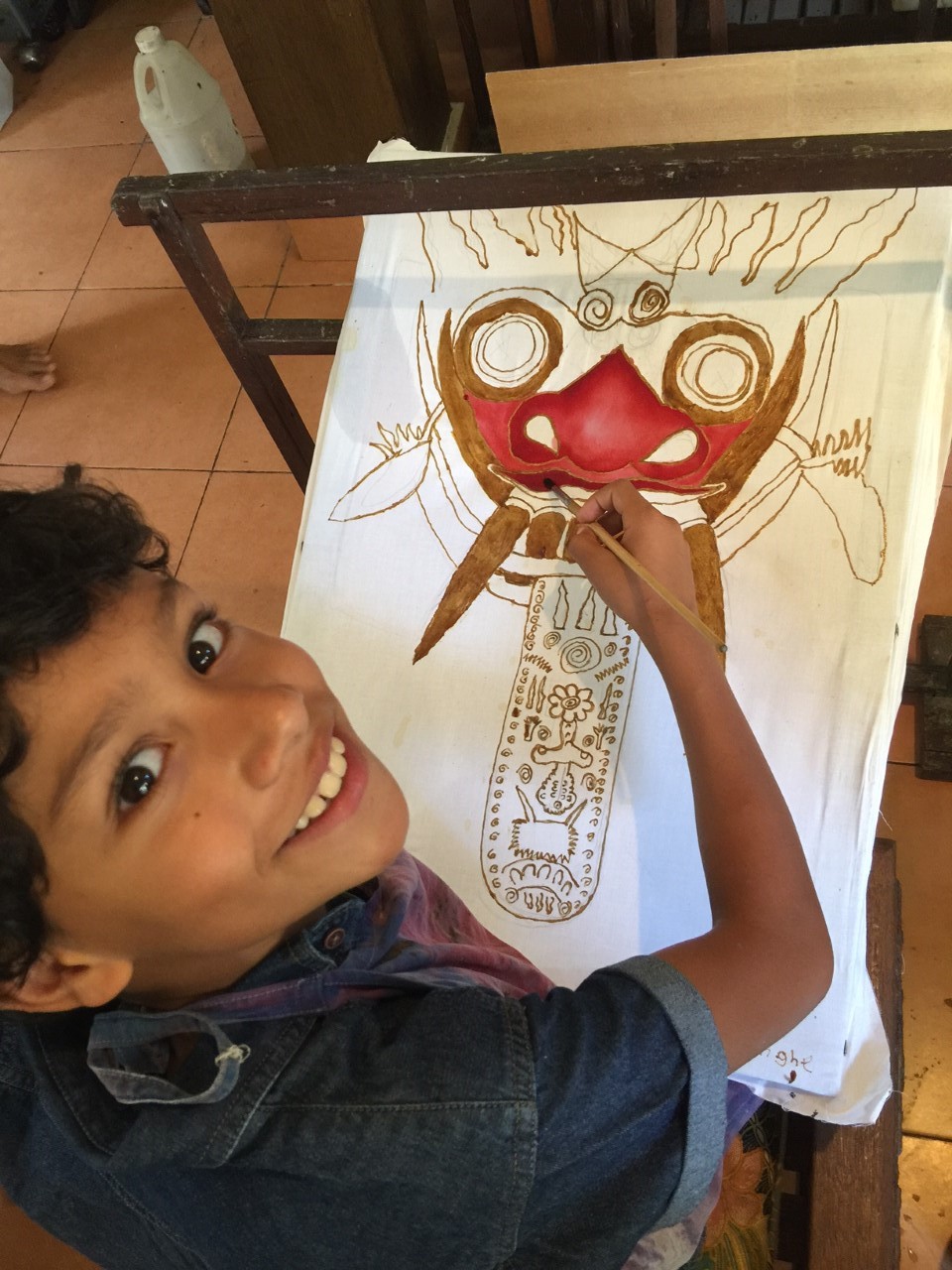 The parts that I wanted to keep white such as the teeth and parts of the eyes I covered in beeswax so that when I dye the background at the end the beeswax would stop the dye from entering that part of the fabric. I then applied beeswax on all the colours I wanted to save from the dying process and covered the parts I wanted crackled in a different wax called paraffin. Crackling is a technique that allows some of the dye to come through the cracks creating a marble effect. The paraffin is applied on the fabric and then scrunched up. 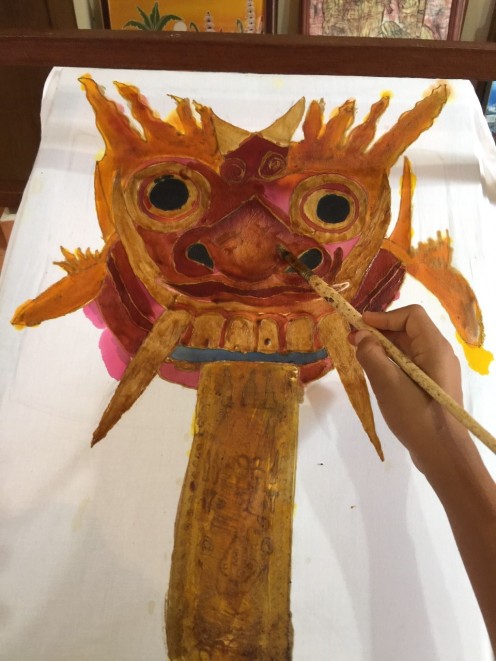 The latest part of the process is dying the background. First the fabric is out into a bucket of fixative which helps to fix the colours so they don’t fade away. The second step is putting the fabric in dye – I chose dark blue.

Immediately afterwards the fabric is put into a pot of boiling water to take away both waxes. Finally the fabric is dried and ironed.

My favourite step was when the fabric was boiled at the end and I got to discover my final design as if it was by magic since the real colours only showed at the end!

Today, I had the best Art class in my life and I would really like to learn different painting and dying techniques along the way during our adventures.