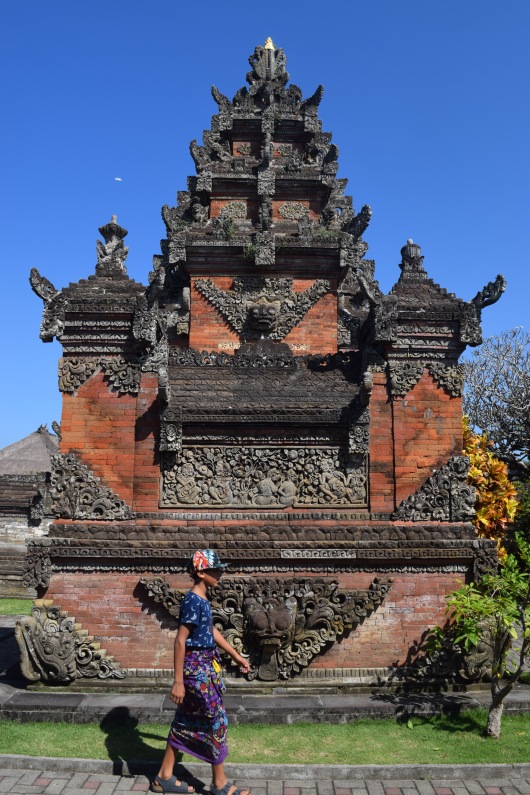 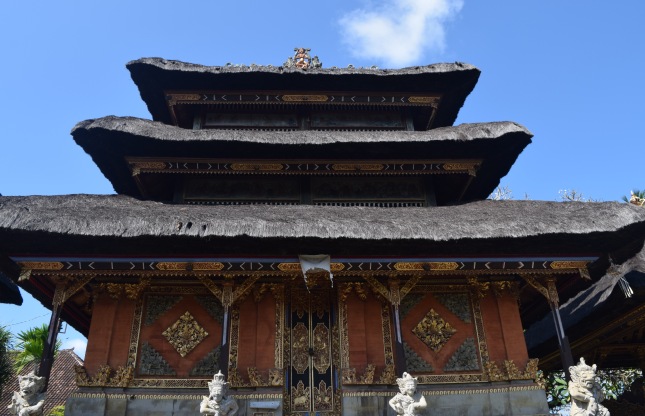 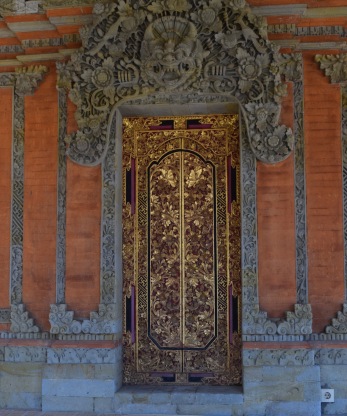 After visiting the lovely temple, we went searching for the local Batuan Art school. It turned out that the painting school was closed that day, but we still carried on looking. As we drove around, my mum told me that Batuan paintings are said to be very large with very small, intricate details and deeply saturated tones. Finally, we spotted an art gallery. That is when we met Wayan Malik. Wayan said that he was a Batuan painter! We all followed him through to a dark room at the back of his gallery. There, I saw lots and lots of beautiful Batuan paintings!

They looked exactly as I had imagined. Most of the paintings were black and white, but there were also a few that were in colour. Traditionally, Batuan art is supposed to be painted with Ink onto paper, but some of the paintings in Wayan’s gallery were painted on canvas.

Wayan kindly let us watch him paint. He used a hard sheet of A3 paper and a long paintbrush that he kept repeatedly dipping in a pot of black ink. First, he would draw the scene using a pencil which would take him around three weeks, and then go over the pencil lines in black ink which would take Wayan maybe another three weeks.

After that, I looked around the gallery for a little while. When I looked at some from diagonal angles, they looked very 3-D and seemed to be coming out of the picture as there were lots of different layers and a lot of volume. Most of the paintings showed either the daily life in Bali, which had lots of animals, rice fields and markets, or showed Hindu Gods. 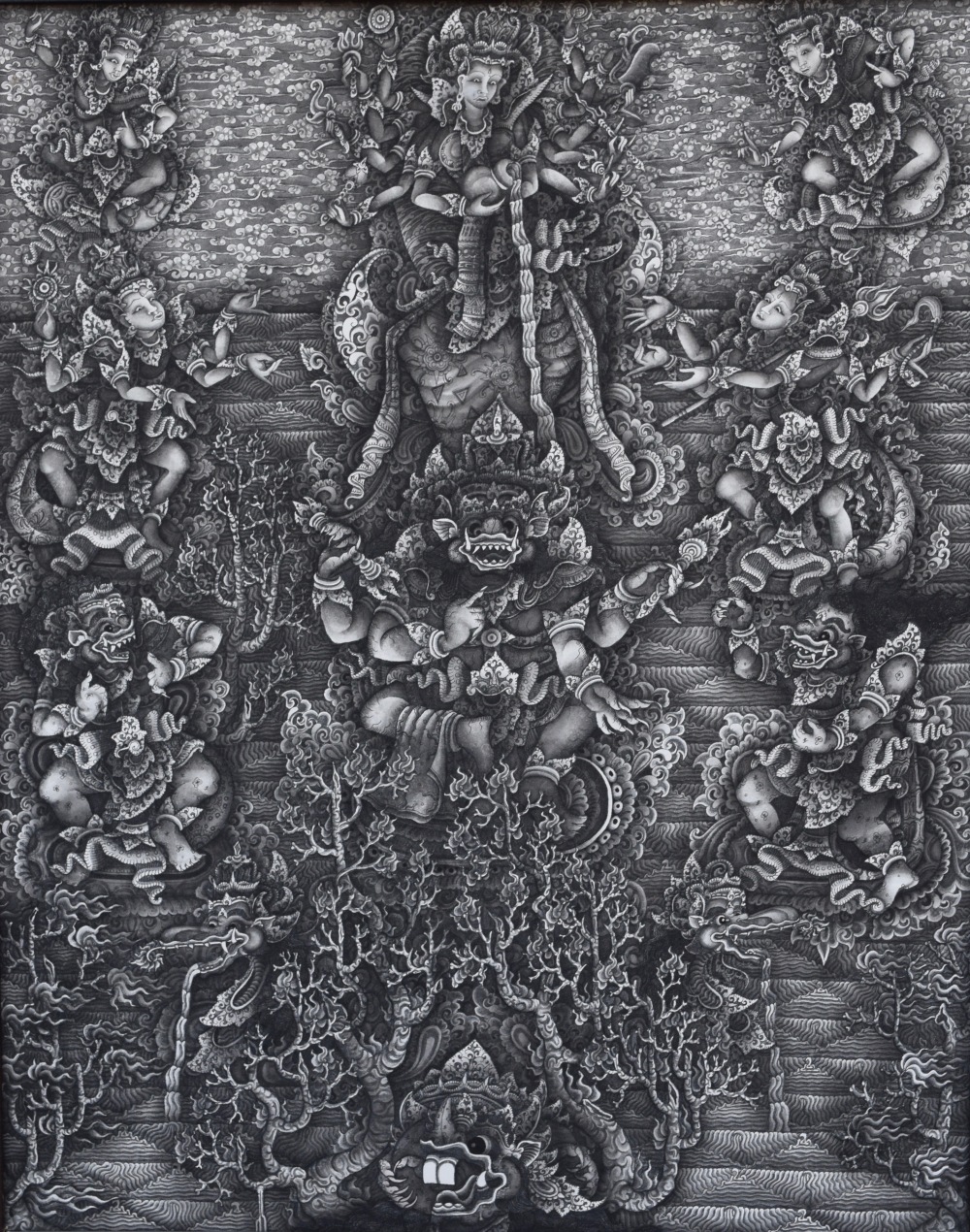 One of my favourite paintings was one that had lots of pretty Hindu Gods all dancing, and my favourite part of the painting was the clouds covering the background as they really made an effect to the whole scene and made the middle stand out a lot. 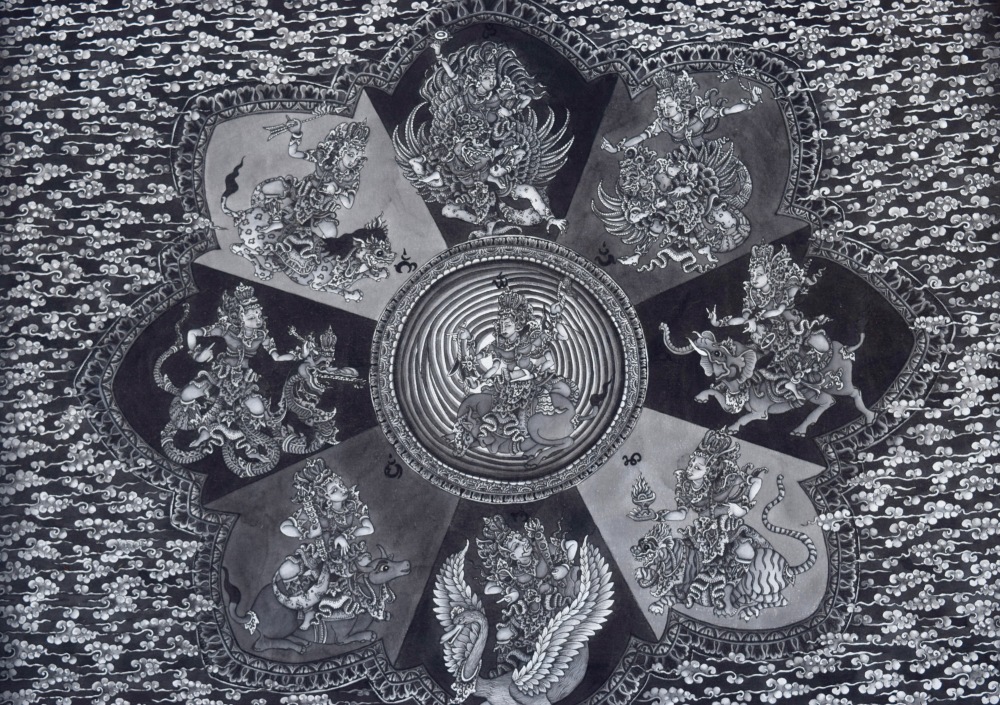 I really enjoyed my day in Batuan and I am hoping to see other painting techniques from different countries, cultures and religions on our adventure.